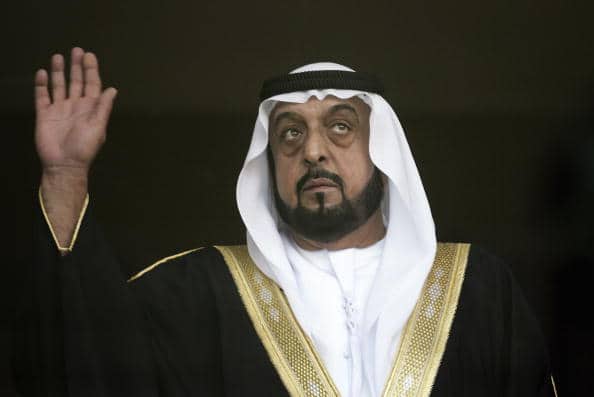 New Delhi: The UAE President and Ruler of Abu Dhabi, Sheikh Khalifa bin Zayed Al Nahyan, died on Friday, May 13, according to the Ministry of Presidential Affairs, Khaleej Times reported.

“The Ministry of Presidential Affairs condoles the people of the UAE, the Arab and Islamic nation and the world over the demise of Sheikh Khalifa bin Zayed Al Nahyan, the president of the UAE,” a Wam statement was quoted by Khaleej Times in its report.

The Ministry of Presidential Affairs has declared 40 days of mourning following the death of Sheikh Khalifa bin Zayed Al Nahyan.

Flags will be flying at half-mast beginning today, and ministries, departments, federal, and municipal institutions will be closed.

Three days of mourning will be observed in the private sector.

Since November 3, 2004, Sheikh Khalifa bin Zayed Al Nahyan has served as President of the UAE and Ruler of Abu Dhabi.

He was elected to succeed his father, the late Sheikh Zayed bin Sultan Al Nahyan, who was the UAE’s first president from the union’s inception in 1971 until his death on November 2, 2004.

Sheikh Khalifa, born in 1948, was the second President of the United Arab Emirates and the 16th Ruler of the Emirate of Abu Dhabi.

He was Sheikh Zayed’s eldest son.

Sheikh Khalifa has presided over a massive reorganisation of both the Federal Administration and the government of Abu Dhabi since becoming President of the UAE.

Under his leadership, the UAE has seen rapid development, ensuring a fair standard of life for its citizens.

After being elected President, Sheikh Khalifa unveiled the UAE government’s first strategic plan to achieve balanced and sustainable growth, with the prosperity of UAE citizens and residents at the centre.