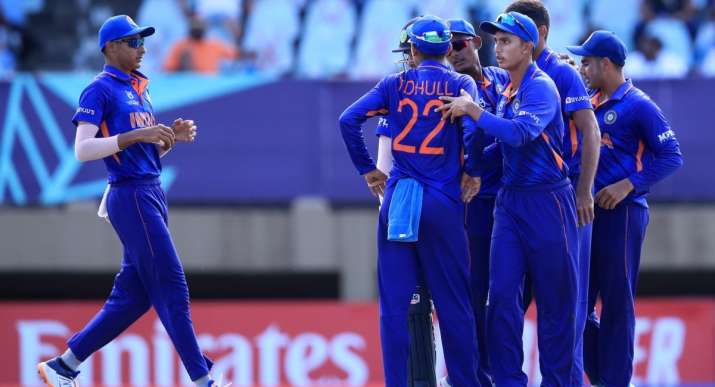 In-form batsman and captain Yash Dhul will be hoping to do better from his side when record four-time champions India take on Ireland in the second match of Group B of the ICC Under-19 World Cup on Wednesday. After defeating South Africa by 45 runs in the first match, India’s confidence has increased and they will also have the upper hand against Ireland. India and Ireland have won the first match.

Also read- IND vs SA, 1st ODI Match Preview: All eyes will be on Virat Kohli under the captaincy of KL Rahul

Dhul will be hoping for a better performance from the openers in this match so that there is no pressure on the middle order and the lower order. The bowlers performed effectively against South Africa. Left-arm spinner Vicky Ostwal took five for 28 while pacer Raj Bawa took four for 47.

India bowled out South Africa for 187 runs. The Jalandhar-born left-handed opener Harnoor top-scored for India in the Asia Cup with 251 runs and scored an unbeaten century in the warm-up match against Australia but was dismissed for one in the first match.

Fast bowler Rajvardhan Hungergekar and pacer Ravi Kumar, who played senior cricket for Maharashtra, could not impress. In another match, Australia will face Scotland tomorrow.