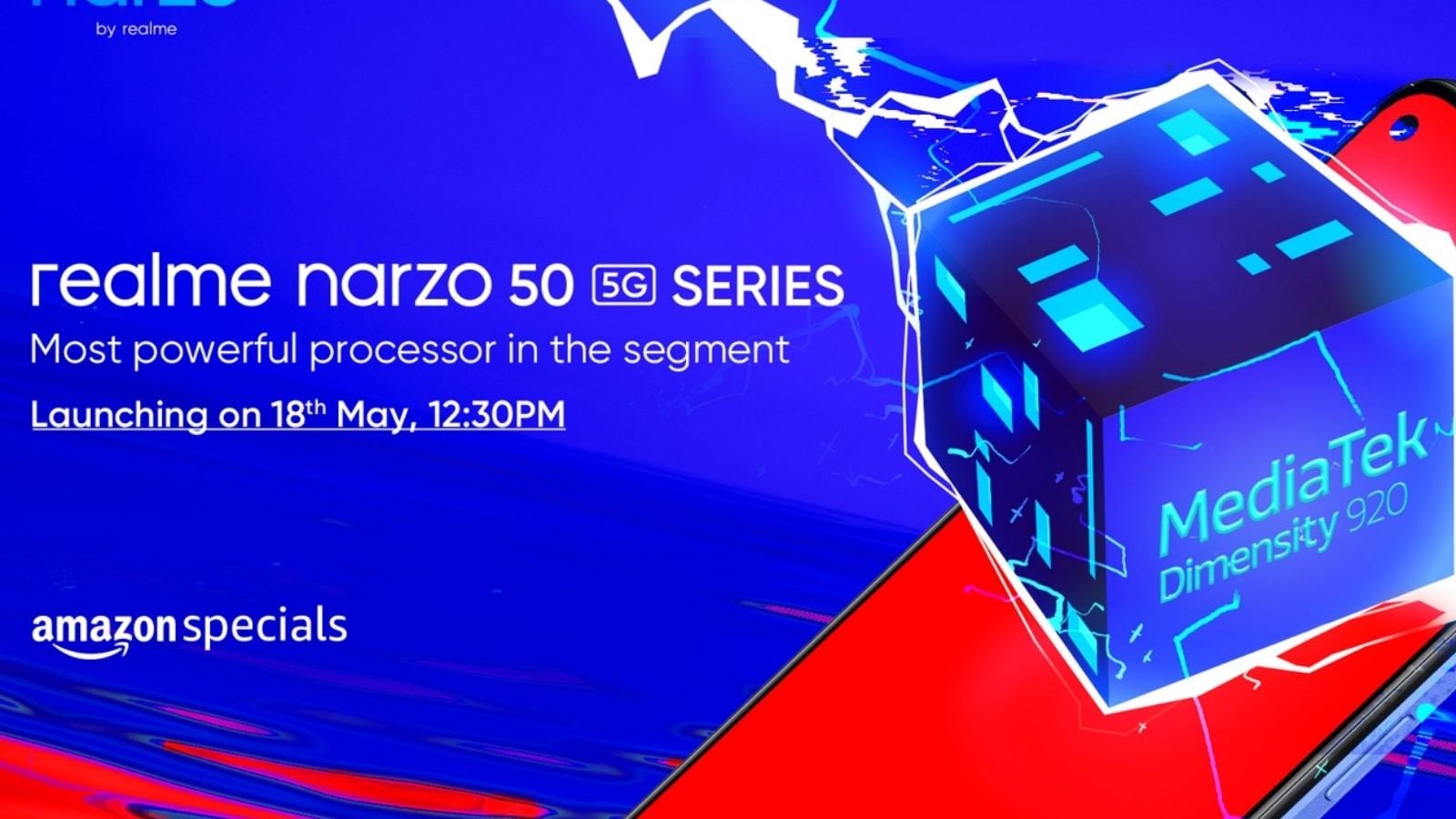 Realme has announced the launch of the Realme Narzo 50 5G series and Realme Techlife Watch SZ100 in India. Both products will be unveiled in a virtual event on May 18, while the actual sale in the country may begin later this month. Realme has also set up the products’ micro-site that highlights key specifications and design. The Narzo 50 5G series will retail via Realme channels and Amazon – instead of Flipkart. In a press note, Realme has confirmed that the Narzo 5G series will include Narzo 50 5G and Narzo 50 Pro 5G. One of the models in the series will feature MediaTek Dimensity 920 chipset.

Fans can watch the digital launch of the Narzo 50 5G series on May 18 at 12:30 PM IST. The live event will be available on Realme’s social media platforms, YouTube, and Facebook.

Ahead of the launch, tipster Paras Guglani on Twitter claimed that the Narzo 50 5G will come with a 6.6-inch Full-HD+ screen, Dimensity 810 SoC, and up to 128GB of storage. Customers will reportedly have the option of 4GB RAM and 6GB RAM. Other key features are said to be a dual rear camera system with a 48-megapixel primary camera and a 2-megapixel sensor. On the front, the phone may carry an 8-megapixel camera. The tipster adds the phone will cost under Rs 14,000.

On the other hand, the Realme Nazro 50 Pro is said to come with a smaller 6.4-inch screen and Dimensity 920 SoC and the same 128GB storage. Users here will get to choose between 8GB RAM and 6GB RAM options. On the back, it may get a 48-megapixel camera and two 2-megapixel sensors. The phone is said to cost under Rs 22,000.

The Realme TechLife Watch SZ100 will come with a 1.69-inch screen and 12-day battery life. The smartwatch can monitor and measure skin temperature, the company confirms.