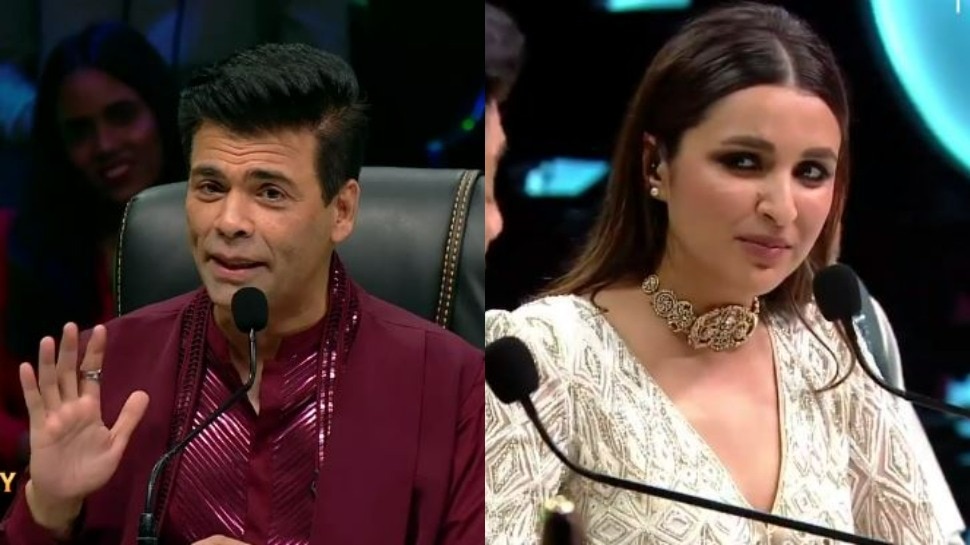 New Delhi: When will Bollywood actress Parineeti Chopra get married? This is a question whose fans are eagerly waiting for the answer. But now this question has been answered by Karan Johar. This was revealed in the recently released promo. In this promo, Karan Johar made a big disclosure about Parineeti Chopra’s marriage.

Parineeti told Karan why didn’t you do my match making

Parineeti Chopra will soon be seen judging the reality show ‘Hunarbaaz’. Apart from Karan Johar, Mithun Chakraborty will also be seen judging the show along with the actress. A promo of this show has come. In this promo, Karan Johar is saying- ‘I am very lucky for the couple. Have done a lot of match making and have been successful too. On this Parineeti said- ‘You have never done match making for me.’ In response, Karan says- ‘Look ahead and see what happens. You too will be sure this year.

today you will not go home single

It is further shown in this promo that Bharti Singh says- ‘Pari wants the people of Colors to make a relationship with them somewhere.’ After this, Bharti and Harsh ask the contestants who came on the show to set up a connection with them. On the other hand, Karan Johar, seeing a contestant, says- ‘I can tell you today with the claim that you will not go home single from here today. .’

Colors has shared this video on its official Instagram account. Sharing this video, he wrote in the caption – ‘Karan becomes Parineeti’s matchmaker, will he be able to find her The One. Look at the talent. Desh Ki Shaan from January 22 every Saturday-Sunday at 9 pm only on COLORS.

Talking about Parineeti Chopra’s workfront, she is working in Sooraj Barjatya’s film Unchai. In this film, she will share screen space with megastar Amitabh Bachchan, Boman Irani, Anupam Kher, Neena Gupta, Sarika and Danny Dzongpa. Apart from this, Parineeti will be in Sandeep Reddy Vanga’s ‘Animal’, in which she will be accompanied by Ranbir Kapoor, Anil Kapoor and Bobby Deol.

Read also: This ex-contestant of Bigg Boss is a victim of Oops Moment, pictures create panic!

Click here for latest and interesting news of entertainment