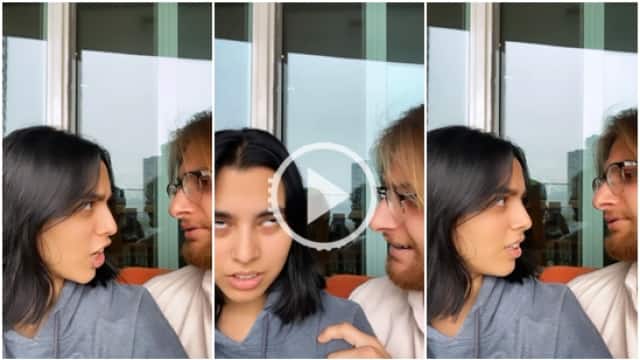 Alia Kashyap, daughter of filmmaker Anurag Kashyap, is very active on social media. Alia often shares her photos and videos on Instagram, which fans like very much. Although many times Alia has also been trolled due to her bold style. Alia doesn’t even hide her love life and even posts with boyfriend. Meanwhile, she has shared a video, where she is saying to the boyfriend- ‘If you hear an abuse in Hindi, then the whole family will come out of the grave.’

Rani’s video is going viral
Actually, the dialogue of Rani Mukerji’s film ‘Raja Ki Aayegi Baraat’ on Instagram is becoming very viral and on this audio clip from celebs to common social media users are making their videos. In such a situation, now Alia Kashyap has also become a part of this trend video and has shared her video.

Alia’s fun with boyfriend
In the video, Alia’s boyfriend says- ‘You bitch’, to which Alia says- ‘Keep this English abuse with you, if you hear an abuse in Hindi, then the whole family will come out of the grave.’ After this, Alia’s boyfriend says – ‘Mala’, to which she gets the answer – ‘Don’t shout, witch.’ Fans are very fond of this funny video and are reacting in the comment section.

Khushi and Ankita’s video also went viral
Let us tell you that this trend became quite viral on social media and many celebs have also made videos on it. Last year, a video of Khushi Kapoor also became very viral. At the same time, this video of Ankita Lokhande was also very much liked by the fans.

Alia’s 21st birthday
Remind that Alia Kashyap, has turned 21 and recently celebrated her birthday. Alia shared a video of her birthday on social media, where she told that she has turned 21 and she had invited very few people on her birthday because of Corona. Although she wanted to call 30-35 friends, she did not feel right to do so due to Corona guidelines. Not only this, the guests who came first got their corona test done and then attended my party.